As we’ve previously hinted, Echoview 13 will be our biggest release ever! It’ll include a variety of new virtual variables for use across many applications, including noise estimation, wideband noise removal, multibeam sample manipulation, new virtual line and surface operators, and more.

Noise estimation and removal – including wideband 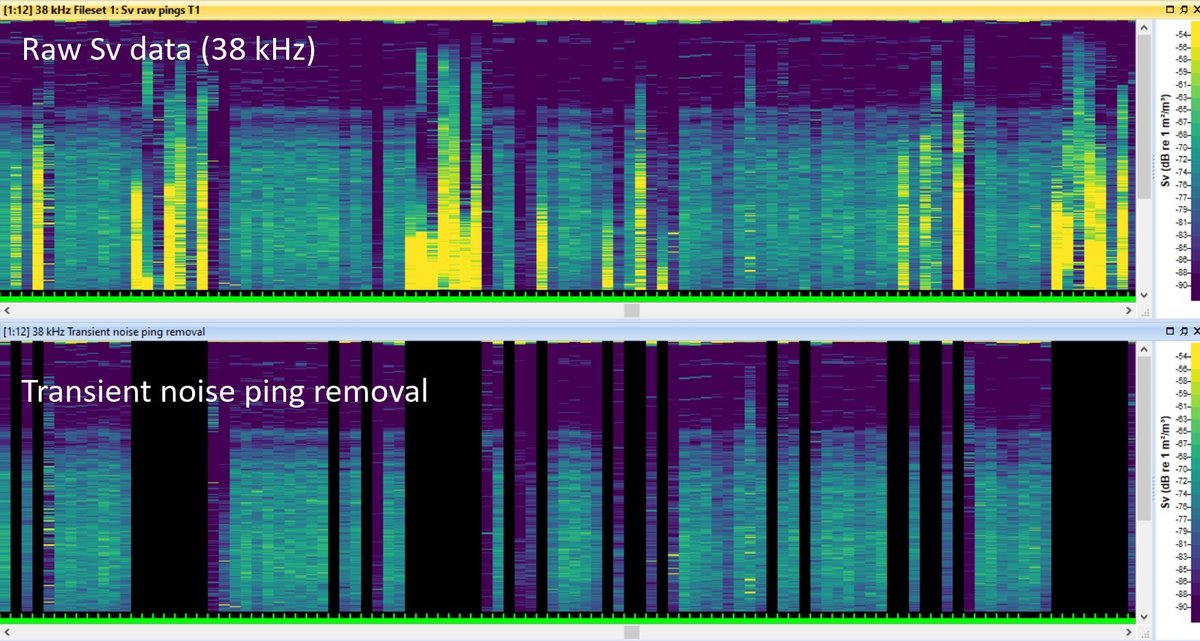 Echoview 13 will also include new Background Noise Estimation and Signal to Background Noise Ratio operators, shown in the image below. These operators are helpful for understanding the effects of background noise on your acoustic data, and are based on the concepts and intermediate steps described in De Robertis and Higginbottom (2007). 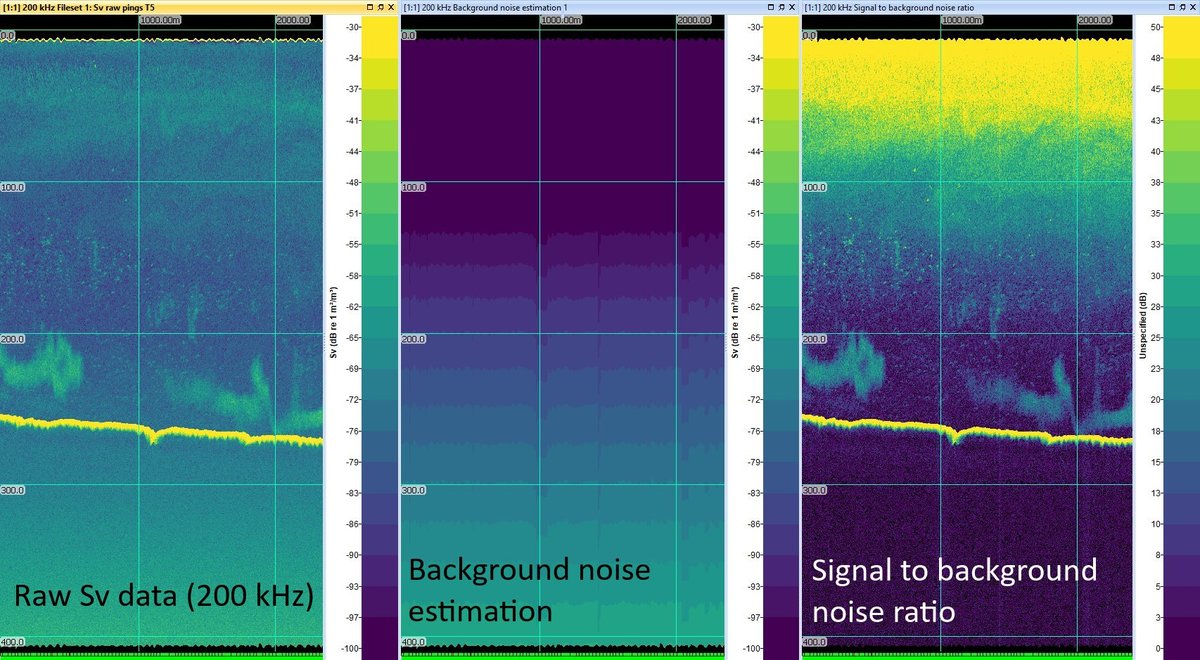 Echoview 13 will include a new virtual line operator, Near-Field Depth Estimation, that creates a virtual line corresponding to the estimated on-axis range of the near field (Fresnel zone), e.g. as described on Acoustics Unpacked. The operator will include a setting that enables you to customize the multiplication factor for the near field so that you can easily delineate and exclude your preferred range from your watercolumn analyses.

We’re also including a new virtual surface operator, Linear Offset. This allows you to create a virtual surface that’s offset from an existing surface, which is particularly useful when a bottom surface has been detected in multibeam data, and an offset needs to be applied to be able to exclude the near-bottom signal from the watercolumn ahead of target and school detection or other analysis.

Echoview 13 will include multithreading support for all virtual variables that take acoustic data as input! You’ll see a boost in performance and usability for the final 17 operators that were not yet multithreaded – this will be especially beneficial for those using target detection in multibeam data.

To wrap up this sneak peek, we’re also including a variety of new capabilities in existing operators: 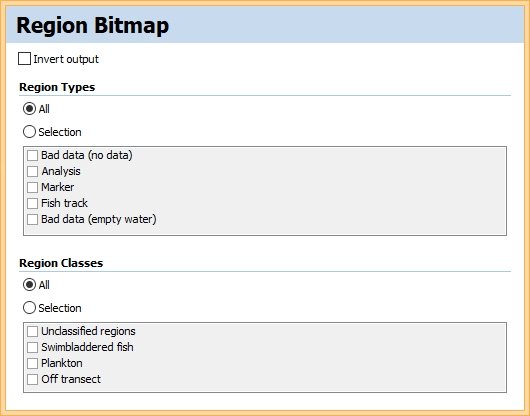 Echoview 13 will be available in the second half of 2022.

Did you spot our previous sneak peek?